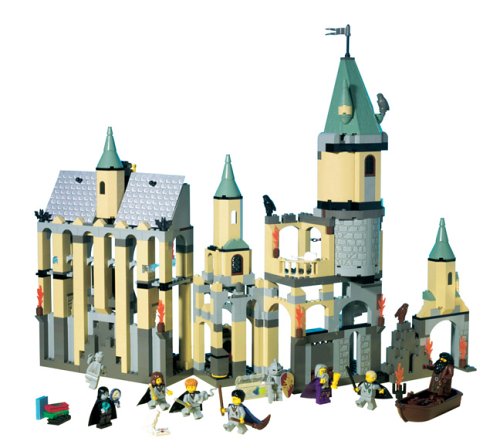 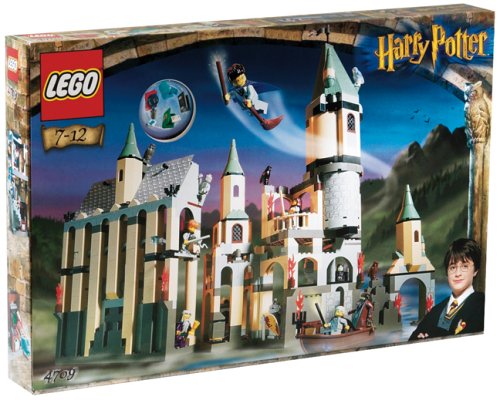 Usually dispatched within 4 to 5 days.

The inspired combination of Harry Potter and LEGO certainly made an impression on our two young testers; shortly after the challenge of building the LEGO Hogwarts Castle was set, they had planned out the pieces, having identified the characters and the settings from the book. Building the stunning replica of Hogwarts Castle was challenging and exciting and resulted in several hours of silence and unprecedented concentration. The stunning, unexpected details were impressive: trap doors, secret stairways, moving portraits, treasure chests, a working magnifying glass, an impressive holographic sticker, a glow-in-the-dark Voldemort and a Hagrid who, in comparison to the other figures, was a perfectly proportioned giant. The basic instructions were easy to follow and the castle can be built in many different ways, allowing children to use their imaginations and recreate scenes from the books. This is a sure-fire winner for any Harry Potter fan, and indeed for any LEGO fan. The Gryffindor Dormitory set and the Chamber of the Winged Keys are less difficult to build and would make great presents, particularly for younger Harry Potter fans, but when combined with the Hogwarts Castle set they add new dimensions to the scene. For once it seems that movie merchandise has really hit the spot. Age 7 (and a half!) and over. Susan Harrison
Accurate representation of Harry Potter’s school
Secret hidden compartments and treasure chests
A spiral staircase that moves
Boat and figures
Stone texturing
Multiple towers
Large interior