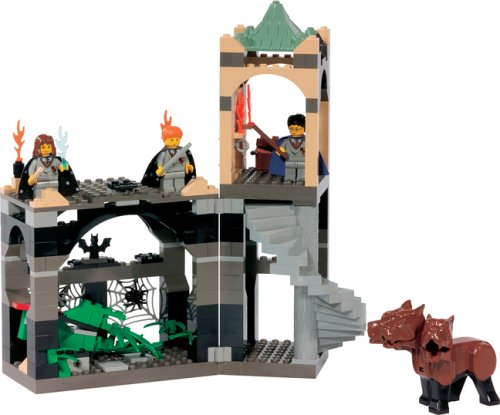 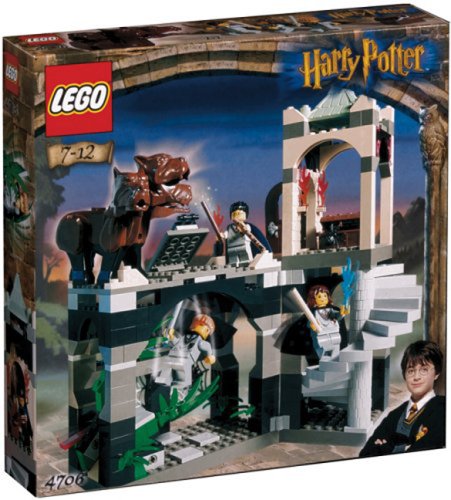 Among the LEGO Harry Potter range, the Forbidden Corridor is an absolute gem. Not only does it allow a unique opportunity to re-enact the dramatic climax to Harry Potter and the Philospher’s Stone, but also it is a superb LEGO set in its own right.

Construction takes about 30 minutes and although it is made easy by the step-by-step instruction booklet, the result is a complex masterpiece of trap doors, retracting spiders webs, moving spiral stairs and animated plants. Naturally Hogwarts famous first-year pupils are here to re-enact their finest moments. Meet LEGO’s Harry Potter, Ron Weasley and Hermione Granger–great miniature representations of the three pals.

Join Harry, Ron and Hermione as they first encounter Fluffy the aggressive three-headed guard dog. Once past the first hurdle, help the young pals descend through the articulated trap door, only to fall into the grip of the monster below.

Will wands, invisibility cloaks and even Hagrid’s flute be enough for Hogwarts’ bravest pupils to be victorious in their deadly quest for the Philospher’s Stone?

This is a great set that can be enjoyed not only by Harry Potter fans but will also thrill LEGO enthusiasts with its intriguing gadgetry and intricate construction. (Suitable for ages 7 and above) —Victoria Mackenzie
Collectable main characters
Two level scene to build and enjoy
Designed for Harry Potter fans
Relive the scenes and adventure
Contains 238 pieces