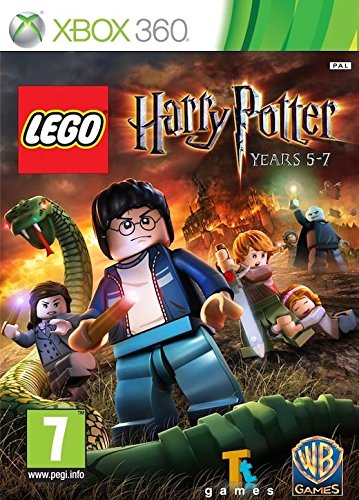 Based on the last three Harry Potter books and final four films, LEGO Harry Potter Years 5-7 takes players through Harry Potter’s heroic adventures in the Muggle and wizarding worlds. From Privet Drive in Little Whinging to Diagon Alley, Hogsmeade and Hogwarts – plus new locations including Grimmauld Place, the Ministry of Magic, and Godric’s Hollow – players will encounter new faces, new challenges and new magic, preparing them for the ultimate face-off against Lord Voldemort. LEGO Harry Potter Years 5-7 builds upon the magical gameplay, lessons and potion-making skills learned in LEGO Harry Potter: Years 1-4 to equip gamers with the tools necessary to challenge a host of new foes and some familiar ones (including He Who Must Not Be Named). The upcoming title is action-packed from start to finish, including loads of new lessons, spells, and bonus content for hours of family friendly gaming. New locations including Grimmauld Place, the Ministry of Magic and Godric’s Hollow Learn new spells and meet new characters Bigger, more challenging puzzles Experience the epic conclusion to one of the most successful movie franchises in history with LEGO’s priceless sense of humour
Play through 24 story events and return to Hogwarts where there are 16 different lessons to attend
Learn and use all new charms and spells including the ‘Unforgivable Curses’
Master advanced dueling skills to defeat Voldemort’s Death Eaters as you battle toward the ultimate showdown with the Dark Lord himself
Discover and unlock over 80 characters including, Fenrir Greyback, Bellatrix Lestrange and Professor Horace Slughorn
Play with friends and family using easy drop-in/dropout co-op play that features dynamic split screen.